Castelfranco Veneto is a town and a comune (municipality) of Veneto, located in Northern Italy, 30 km away from Treviso (province capital) and approximately 40 km from Venice (region capital). The origin of the name of Castelfranco Veneto is the “franco” castle, meaning “free from tax”, a right granted to its first defending inhabitants. The mighty city wall of red bricks was built on a pre–existing earthwork between the end of the 12th and the beginning of the 13th century. The city wall and its towers are well–preserved. Castelfranco Veneto has been a commercial city since its emergence and is tightly woven into the history of the Veneto region. Being in a strategic position in the centre of the region, it is a compulsory stop between Venice, Germany and Flanders, and between Western and Eastern Europe.

The population is 33.369 inhabitants, and the municipality area covers a surface of 50,93 sq. km, with a density of 655,2 inhabitants per square kilometer. The main economic activities are manufacturing (mainly metalworking), trading, construction and tourism. In terms of agriculture, the situation of the surroundings of Castelfranco Veneto is that of an “inhabited countryside”, in which agriculture plays more of an environmental role and contributes to creating a characteristic landscape.
As in most medium–sized towns of Veneto region, Castelfranco Veneto is also characterized by a remarkable amount of both public an private urban green, among which the historic garden of Villa Revedin Bolasco stands out for its size and importance. The total surface of green areas (public and private) in the municipality is 3,6 million square meters, around 110 square meters per inhabitant, while the national average is around 32 square meters per inhabitant. 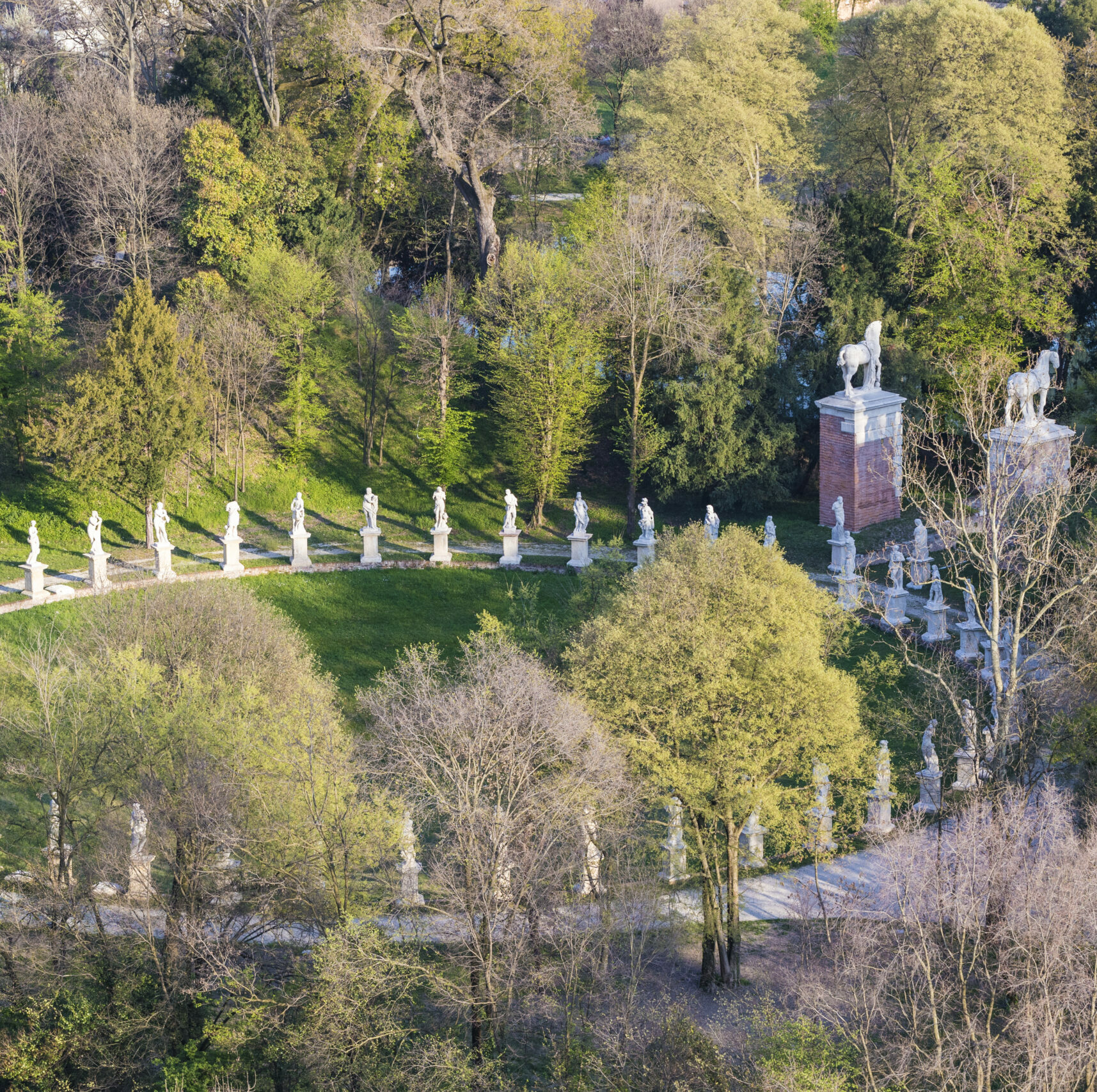 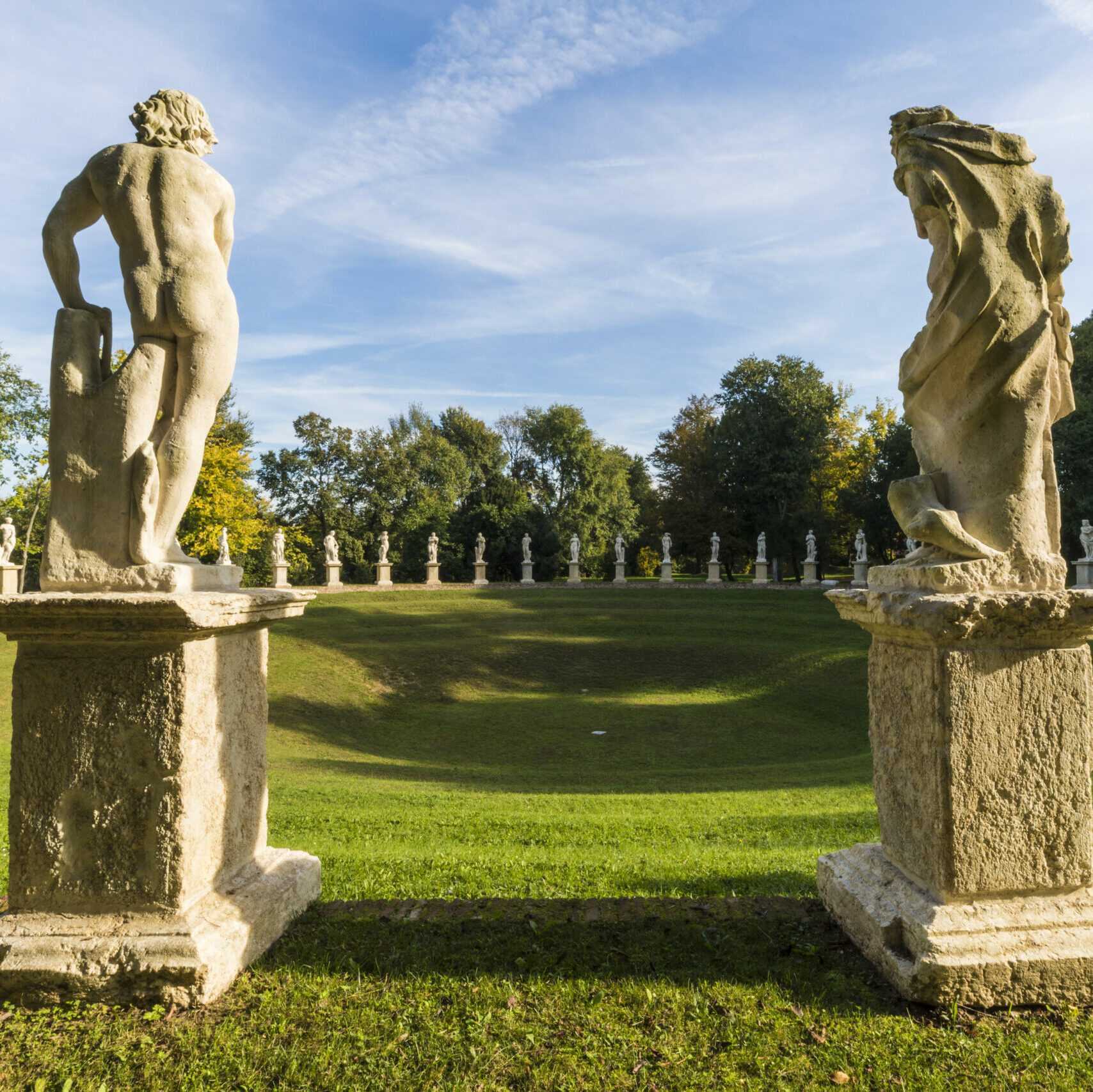 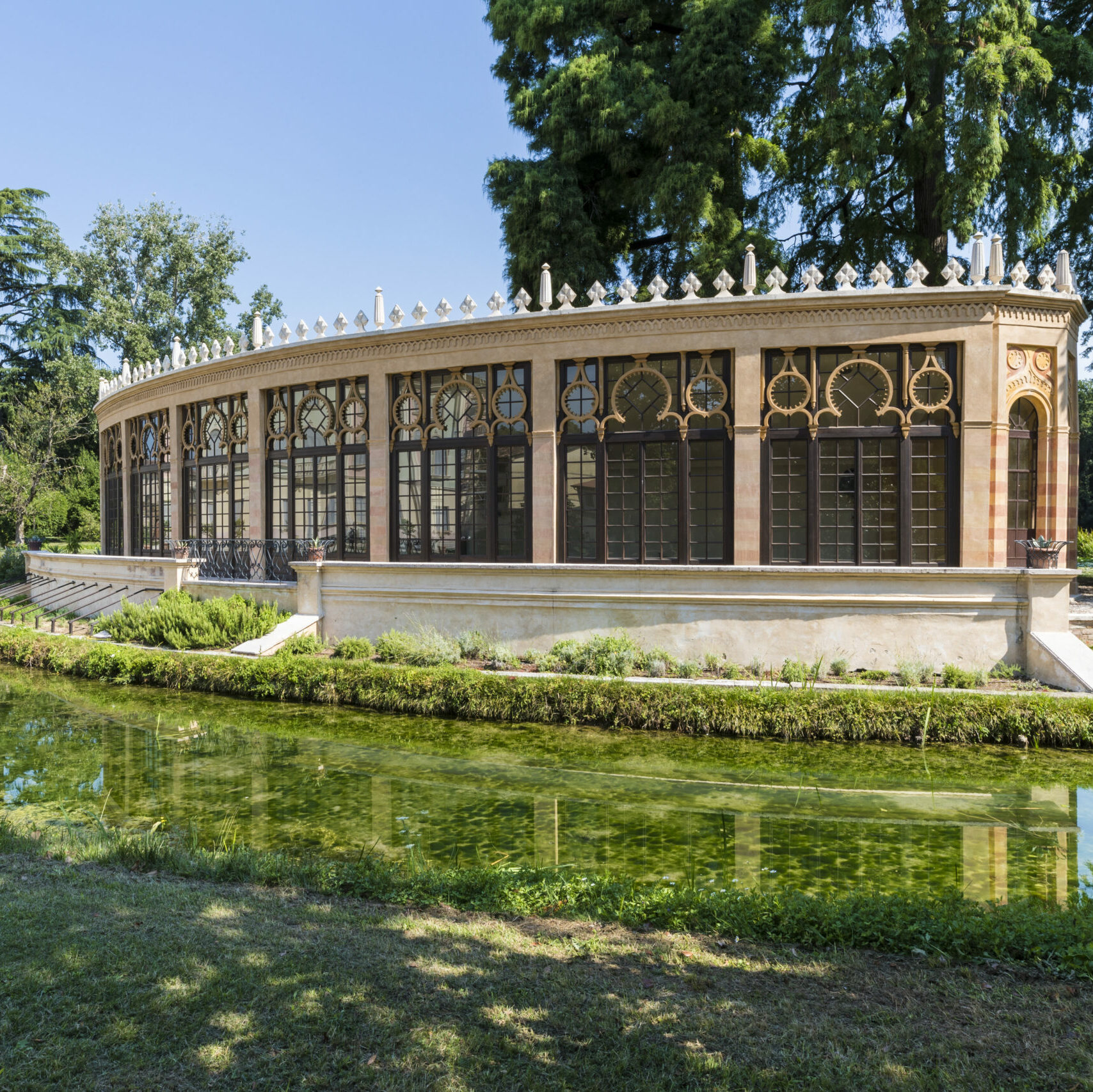 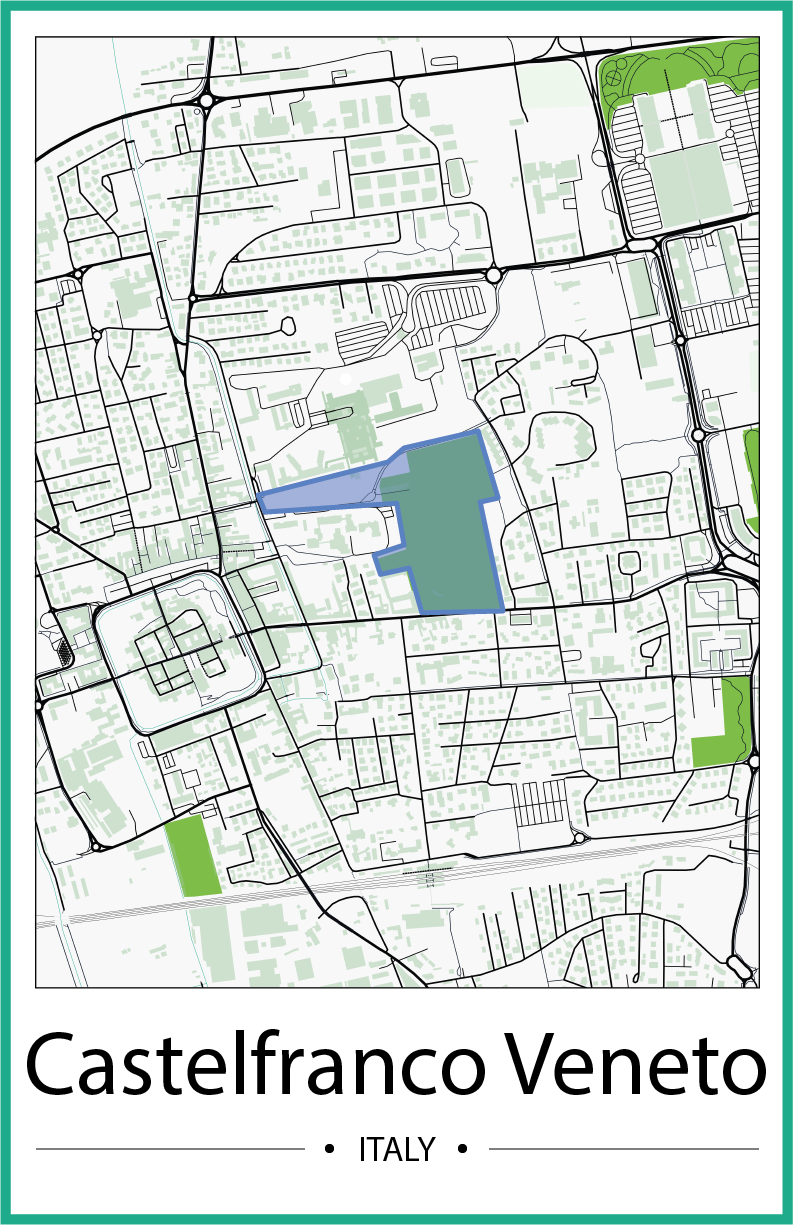 The Villa Revedin Bolasco was erected by Count Francesco Revedin between 1852 and 1865 and designed by the famous Venetian architect, Giambattista Meduna. Instead of going for the typical Italian garden, Count Revedin insisted on making a grand English garden to complement his new villa. In addition to the Meduna, other well-known landscape architects of the time (i.e., Francesco Bagnara, Marc Guignon, and Antonio Caregaro Negrin) provided their contribution. The English garden features a variety of meadows, ponds, hills and tree groups. In the background to the North stands the splendid cavallerizza – a riding arena, crowned by 52 statues in total, with two equestrian statues on top of high stands greeting visitors at the entrance. The garden is guarded by the turret at the West entrance and the turret at the East wall. The garden is internationally known and has received a prize as best Italian garden in 2018.

Villa Revedin Bolasco is owned by the University of Padova (UoP) and has been recently restored. The garden of the Villa borders the main city hospital and a dedicated house for elderly people, as well as an Urban Day Care Centre for people affected by Alzheimer’s disease, which opened in 2016. The municipality of Castelfranco Veneto, along with the University of Padova and Veneto Region, will establish a local observatory on the “Therapeutic effect of the Landscape”. A project to improve the accessibility and usability of this valuable asset has been approved already by the municipality.

Six Visionary Solutions and innovative will be financed under VARCITIES, with the objectives to create a healing garden for elderly and people suffering from Alzheimer’s disease and to develop the “Local Observatory on therapeutic effects of the landscape”.

The participatory process integrated several stakeholder engagement meetings for the Social Return on Investment (SROI) Analysis application, which required consistent involvement of local actors. Focus groups and workshops have been organized with the key STK groups in order to investigate what are the benefits of Visionary Solutions from a social perspective. 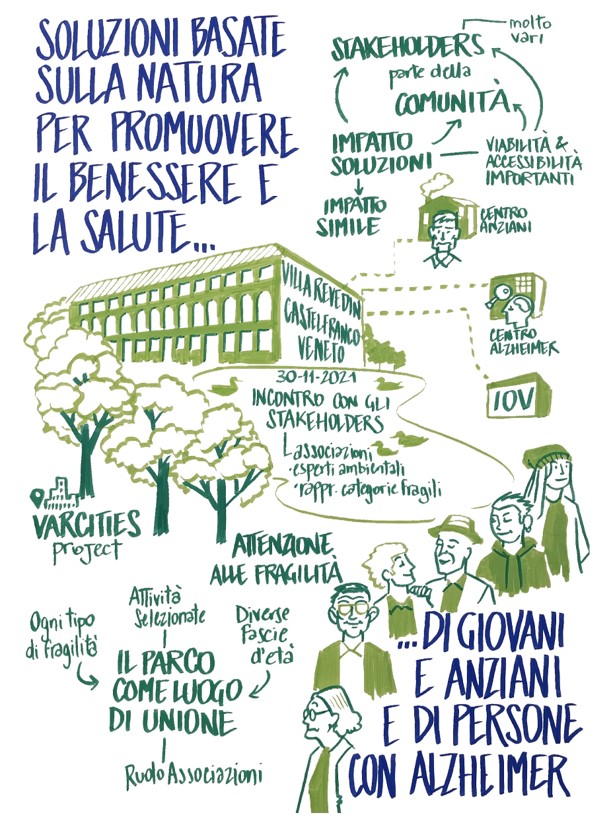 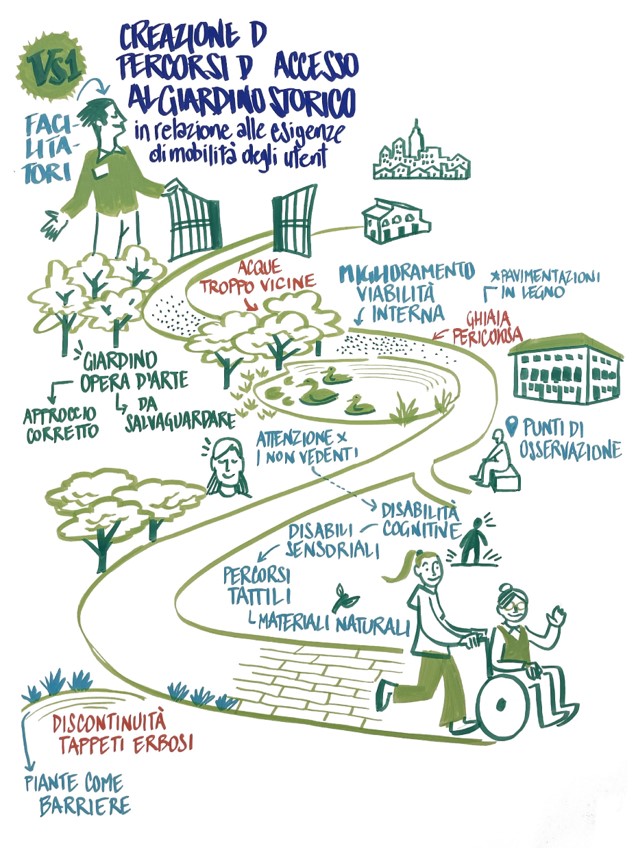 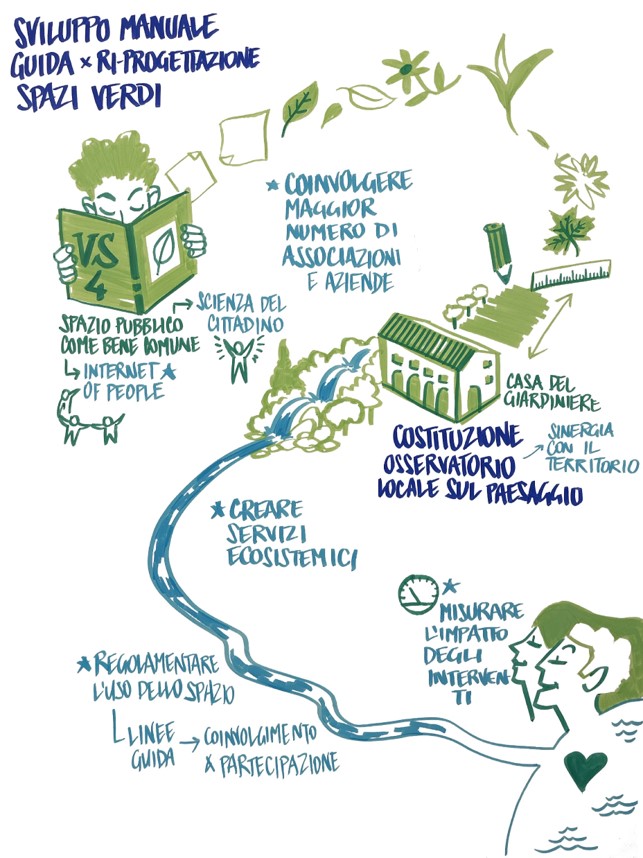 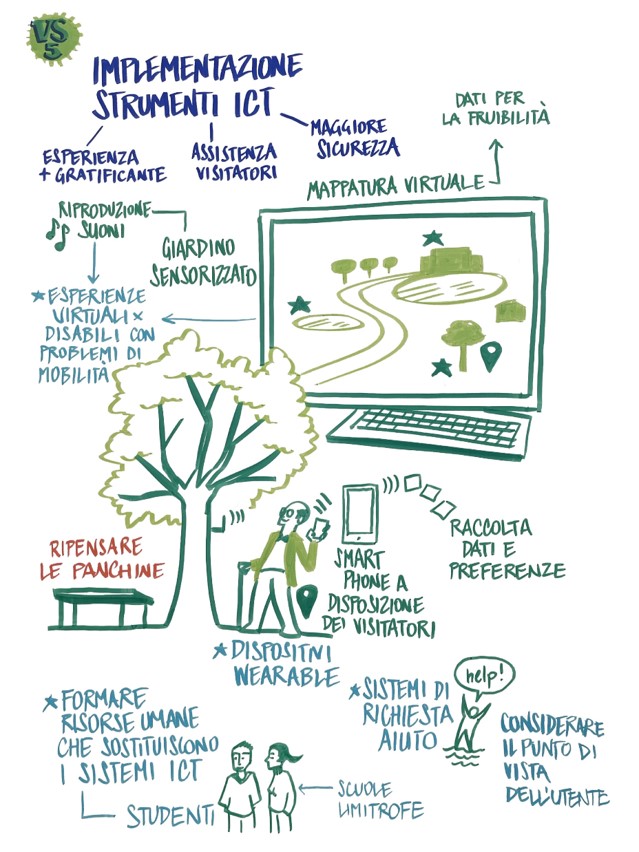 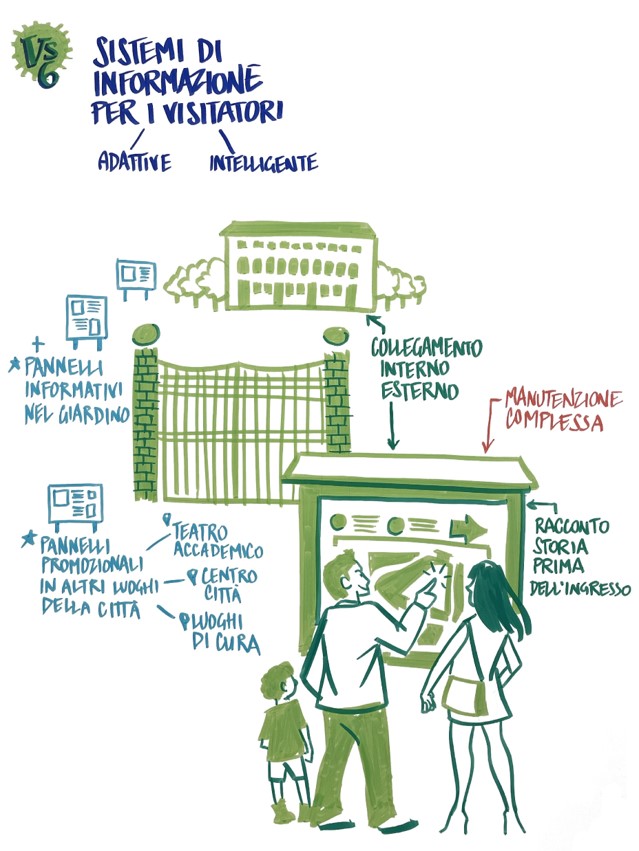 VS 1: Creation of garden access routes to ensure an improved access according to the needs of the garden users

Ensure an improved accessibility to the target users of the garden (visitors, elderly people and people with special mobility needs) with new access road to the villa and improvement of the internal paths of the garden to allow a direct, safe and comfortable visit of the Villa Bolasco historic garden.

VS 2: Analysis and monitoring of psychological and physiological well-being for elderly people and people affected by Alzheimer 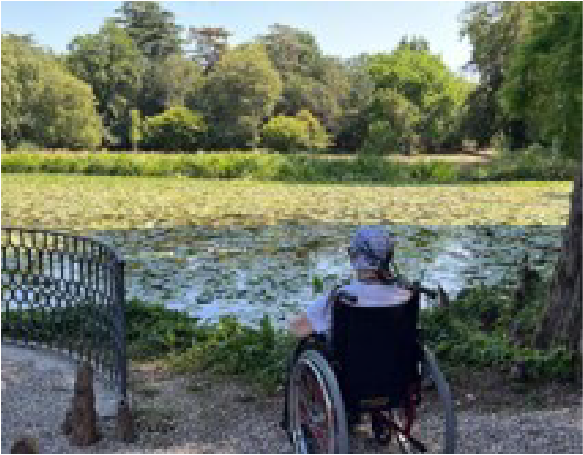 Analyse the effects of natural environments on well-being, behaviour and physiological states in elderly and people with dementia, in order to support the design of green spaces and to foster nature-based psychological and clinical interventions. A series of psychological measures such as self-reported questionnaires and cognitive tests will be conducted, and complemented by behavioural and physiological measurements obtained by wearable IoT tools (i.e., eye tracker and electroencephalograph system) used to monitor psychological and psycho-physiological states of people suffering from dementia.

VS 3: Full monitoring of microclimatic conditions in the different areas of the garden (forest area, open area, lake area)

Collection and monitoring of microclimatic and environmental conditions in the different areas of the garden of Villa Bolasco (forest area, open area, lake area) in order to carry out an assessment of the effect of green and blue areas on health and well-being of visitors, elderly people and people with Alzheimer over the medium-term period.

VS 4: Development of a green public spaces (re)design toolbox and establishment of the “Local observatory on therapeutic effects of the landscape“ 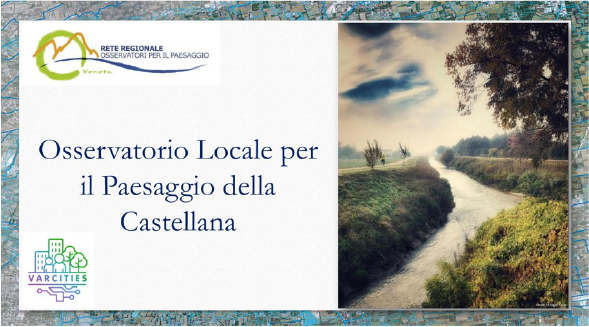 Developing a “best-practices manual for the (re)design of green public spaces in relation to human health and wellbeing” and establish of a “Local Landscape Observatory” with a focus also on the therapeutic effects of green and blue areas. This will contribute to development of the town and its surroundings promoting a new concept of urban green spaces centred on health and well-being principles.

VS 5: Implementation of virtual and ICT tools to support a rewarding experience of garden users & for the assistance of visitors with disabilities 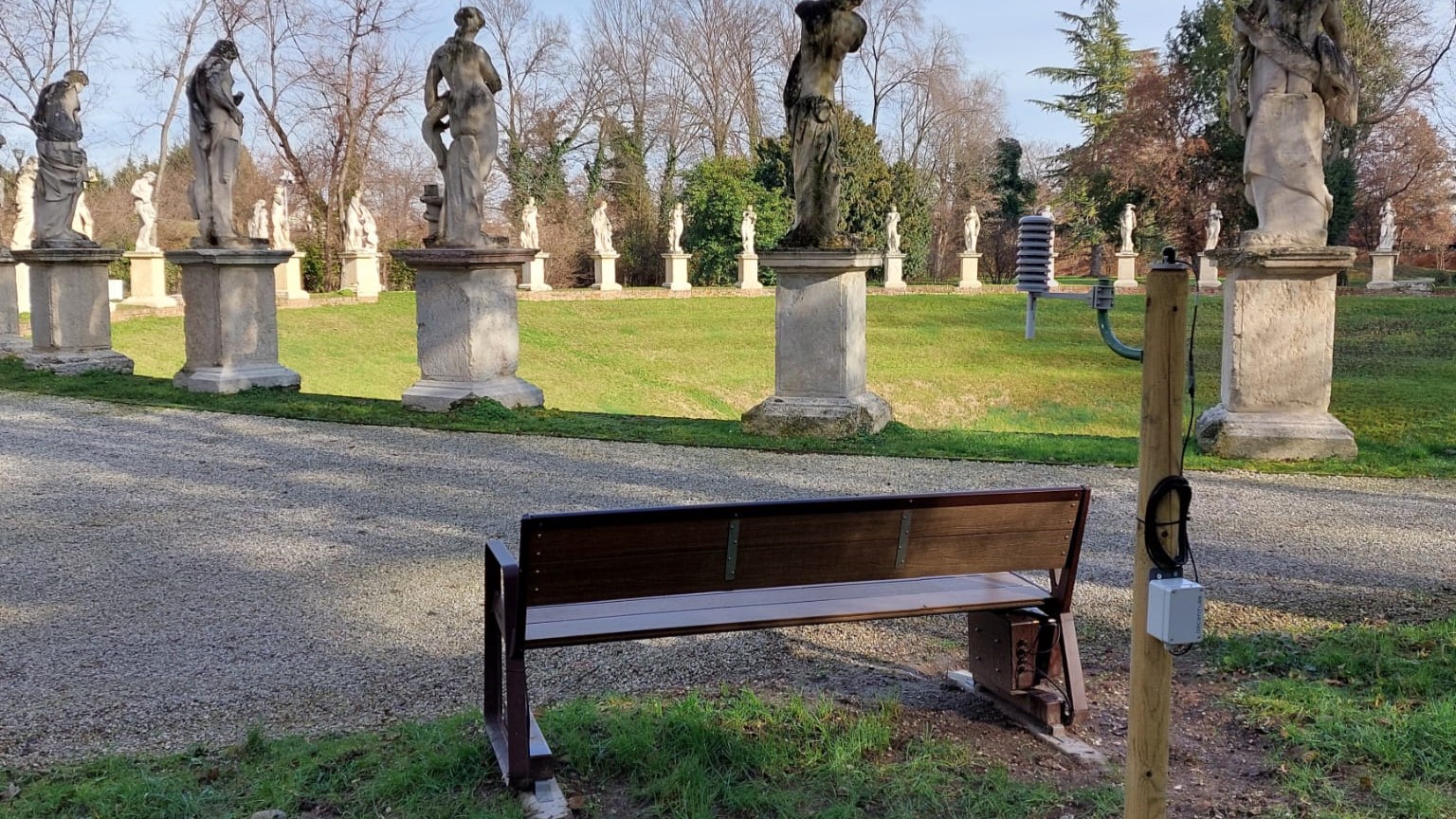 Use technology (i.e., sensors, smartphones and apps) to increase visitors’ safety and enjoyability, thus making the garden more accessible and inclusive in the long-term for all visitors, including people with disability. Visitors’ behaviour will be monitored via sensors and Android devices that also allow for improved safety interactions such as calls to specific emergency numbers. Data collected will be shown in a map in real time, and location data will be used in case of emergency, but also for understanding which part of the garden is more or less visited, correlating with data from VS3. 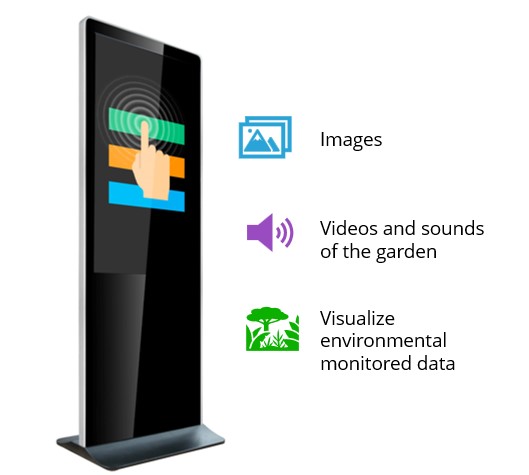 Installation and realisation of a touch screen located outside the walls of the park of Villa Bolasco in order to develop an adaptive and intelligent information system for visitors of the garden. The system, by showing images, videos and sounds of the garden, and by visualizing environmental monitored data, will stimulate the curiosity of citizens and visitors, informing them on what are hidden behind the external walls and its cultural and natural value, in order to perceive the benefits provided by the nature on health and well-being. 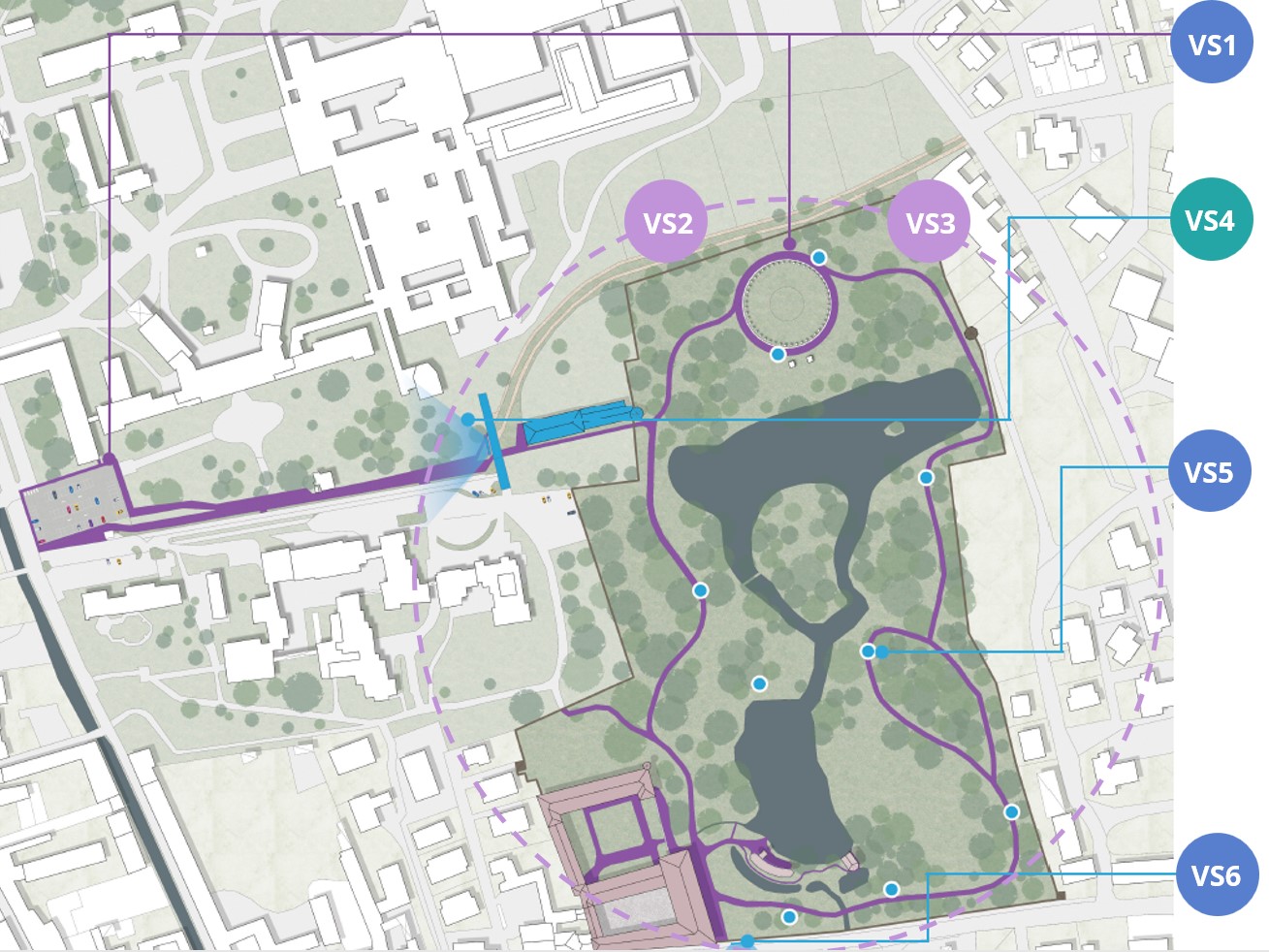 Research paper to be submitted by EURAC to SDEWES Conference 2022

Eurac Research is writing a full paper to be [...]

Data collection on scents and odours in Castelfranco Veneto

Data collection on scents and odours in Castelfranco Veneto [...]

12Next
Page load link
Skip to content
Go to Top